Acne skin is caused when hair follicles become blocked. Hair follicles are tiny holes in the skin from which an individual hair grows out of. Attached to these hair follicles are sebaceous glands which can be found near the surface of your skin. Sebaceous glands prevent your hair and skin from drying out by producing an oily substance called sebum. However, these glands can sometimes produce too much sebum which then mixes with dead skin cells which consequently blocks your follicles and thus causes acne. 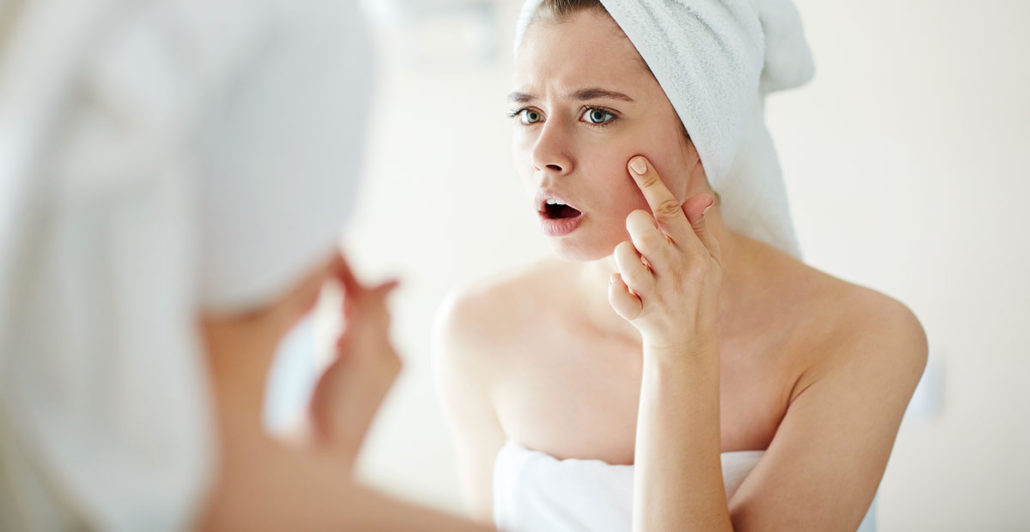 The plugged follicle can react in different ways, which is why your spots can appear different. There are six main different types of acne breakouts:

Furthermore, normally harmless bacteria that lives on the skin can then contaminate and infect these plugged follicles forming: