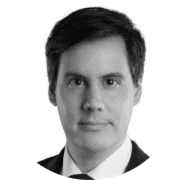 Dr Raul Cetto is the founder and Lead Clinician of Clinic 1.6. His medical career spans over 15 years, completing five years of surgical training in London during which he developed a particular interest in facial aesthetics.

Dr Cetto has been awarded a Diploma in Otolaryngology and Head and Neck Surgery from the Royal College of Surgeons of England as well as completing the College’s membership examinations in 2011. His surgical training led to undertaking a PhD on nasal airflow at Imperial College London. He also holds a post graduate certificate in Aesthetic Medicine and has practised non-surgical Aesthetic Medicine since 2011.

Completing his training with Dr Zein Obagi at the Obagi Skin Health Institute, Beverly Hills CA, Dr Cetto has served as a KOL and Advanced Trainer at the ZO Skin Health UK Academy, helping physicians bring the most innovative treatment protocols and skincare solutions to their patients. In 2019 he was appointed as the first ever Skin Consultant for the West Ham United Women’s Team.

Dr Cetto is an Associate Member of the British College of Aesthetic Medicine, an honorary researcher at Imperial College London and senior clinical lecturer for Harley Academy.

To keep up with the latest news from Clinic 1.6 and skin health advice from Dr Cetto, you can follow him on Instagram.