You are here: Home / BLOG / Lifestyle / How to check moles for cancer 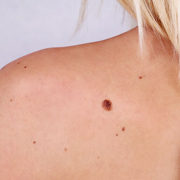 Skin cancer is becoming more and more common, but catching it early can greatly increase its treatability. So it’s important to be familiar with your body and regularly check your skin for any cancerous moles. Below we talk about what you should expect from a normal, benign mole and what signs should be alarm bells for something more dangerous. 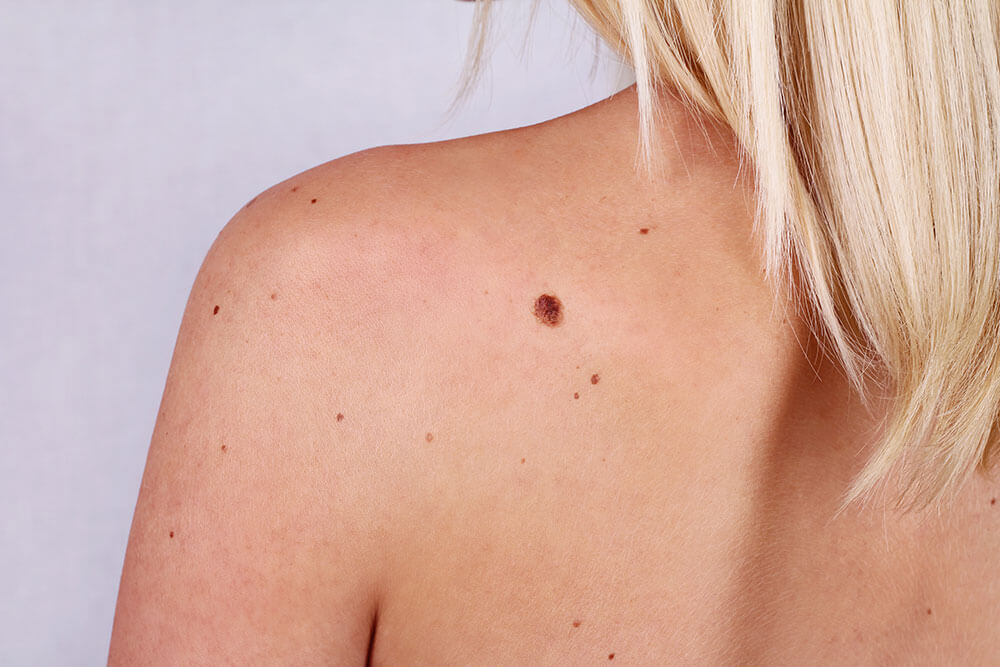 What is a normal mole?

Moles are small, often brownish coloured, spots on the skin that are made up of cells called melanocytes. Melanocytes produce the pigment in the skin which causes you to tan. Though moles are commonly brown, some may be darker or even skin-coloured. A normal mole can be flat or raised, smooth or rough, and some have hair growing from them. They are usually a circular or oval shape with a smooth circumference.

Sometimes a change in the number of moles you have or of their appearance can be attributed to hormonal changes, for example:

There are many different looking moles, the most common in appearance are:

Rarer types of moles include:

While most moles are completely harmless, you should check your skin every few months for any new moles that develop or for any change in existing moles. This is increasingly important after your teenage years when new moles are less common. Most are often benign, but some can develop into melanoma, which is a serious and aggressive type of skin cancer.

Melanomas (cancerous moles) usually appear as a new dark, fast-growing spot where there was not one before or an existing mole changes in size, shape or colour and bleeds, itches or reddens.

How to check moles for cancer

There are certain changes that occur in a mole which can indicate that it has become melanoma. If you see any of these symptoms, visit your GP immediately.

A helpful way to remember what to look for is to use the ABCDE method.

To significantly reduce your chance of developing melanoma, it’s important to take extra care in the sun, especially if you have lots of moles.

Need help choosing the right suncare for you? Click here.

How many Rosacea types are there?
Scroll to top
Social Network Integration by Acurax Social Media Branding Company